Business Managers Must Be Great Leaders 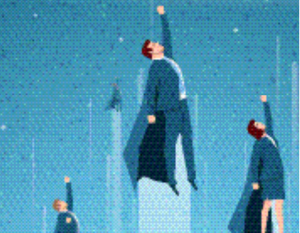 Leadership has always been at the forefront of management training. However, the four functions of management depict leadership as one of the four. For instance, Henri Fayol a French mining engineer, mining executive, author and director of mines who developed general theory of business administration that is often called Fayolism, has been posited as the forefather of the functions of management. Although he had more than four in his original publication in France; the four that seemed to stand the test of time are controlling, leading, planning… and planning.

Leadership, being a strong component of management has manifested itself into the forefront of many executives and aspiring leaders. There are more reasons than one that Fayol included leadership as a function of management. For example, leadership stems from ancient history. The concept of leadership highly manifested itself in ancient extended families that constructed clans as the central ingredient of cities such as Rome. The role of leadership was considerably centralized, and membership in the clans was highly demanding in order to be successful in the social institutions.