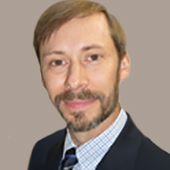 The French medievalist, Marc Bloch, pioneered an approach to history that revered facts not theories, delved into the behaviors and mindsets that turned the gears of cause and effect, and did not shy from revealing instances where sufficient facts lacked for drawing firm conclusions. He penned a volume on France’s experience in the Second World War, Strange Defeat, before a German firing squad executed him for his role in the Resistance. His critique of France’s military and political leadership traced the country’s defeat to a failure of ideas, or more precisely one idea. Armaments and infrastructure (the infamous Maginot Line) were not principally to blame for France’s dramatic defeat. Certainly, France’s soldiery was equal to its neighbor’s. The root was a paralysis engendered by the military leadership’s inability to appreciate the fundamental strategic implications of speed.

Digitization is paralyzing many strategy consultants in much the same way. Strategy consultants built their services in direct response to the longstanding client critique that they produce uninspired or infeasible strategies at exceptionally high cost. The name of the game for making strategy relevant is securing client commitment to execute across the leadership hierarchy, which consultants do by producing irrefutable economic evidence and then installing management systems designed to transform commitments into actions. That game works so long as the objective of strategy is to make positional bets (where to play and how to win). Digitization, however, changes the strategy game by simultaneously making markets less predictable and allowing companies to execute much faster against more provisional bets. Client commitment is no longer the endgame, but many strategy consultants continue to chase perfect foresight to back up bigger bets, thereby closing off rather than opening up strategic options.