How Do You Measure the Life of a Hero? FTI’s Dr. Maria Tsennykh led a pro bono project regarding the death of journalist Marie Colvin—and was changed forever 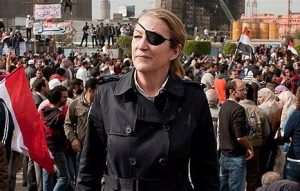 What is the value of a human life? Insurance executives and safety analysts deal with this question regularly, but for most people, it’s a difficult if not impossible task to say how much a life is worth, especially a life as extraordinary as that of American journalist Marie Colvin.

In 2012, Marie Colvin was killed while covering the siege of Homs, Syria, for the British newspaper The Sunday Times. French photojournalist Rémi Ochlik was also killed during the bombardment. Marie’s family filed a lawsuit in 2016 against the Syrian government, claiming Syrian officials used intercepted satellite phone signals to target and kill Marie to silence her reporting on Syria and the besieged city of Homs. The case received significant media coverage, and Marie’s story was retold in the recent biographical feature film “A Private War,” in which she was portrayed by actress Rosamund Pike, in a Golden Globe-nominated performance.