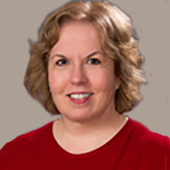 There is a great deal of fear-mongering in the mainstream media about how technology, and artificial intelligence, in particular, is poised to disintermediate humans in the world of work. The sentiment is shaping an international discourse of anxiety fueled by forecasts that automation will lead to an economic dismantling resulting in joblessness and wage erosion. It is also infecting politics, as can be seen in one person’s bid for the White House in 2020. Andrew Yang, the New York-based businessman and tech entrepreneur is hoping his campaign slogan—The robots are coming!—will mobilize voters to support his platform calling for universal basic income.

While we like to think that business is ruled by calmer heads, there is enough research to prove that the future of work is a leading cause of sleepless nights. The impact of automation on how and where works gets done, as well as who will do it and what skills are needed are all top of mind. Talent attraction and retention, leadership development, and cultural transformation are now perceived by CEOs as key to successfully adapting their organization to a digital business paradigm.