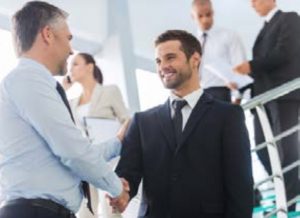 Today, there are more than 600,000 consultants in the United States, which will grow as more young professionals launch their careers. Millennials now serve as the single largest generation in the workforce, with more than 92 million in the world born between 1980 and 2000. Courtesy of low start-up costs to enter the consulting market, little overhead expenses for the firm and lower entry-level pay expenses, employers are attracted to this travel-ready generation to expand their consulting firms. As consulting verticals change, however, what are some other reasons employers should take the chance on these less experienced hires? Here are four key points to consider:

1.  They are more educated. In 2016, four-in-10 millennials held at least a bachelor’s degree, which is almost double the number of baby boomers with the same level of education in the workforce back in 1985. Rates of education are higher for millennials across the spectrum of racial, ethnic and gender diversity as well. Forty-six percent of female millennials held a bachelor’s degree in 2016 versus just 36 percent of Generation X workers in 2000. The same generational comparison found 7 to 10 percent more millennials earned bachelor’s degrees across Asian, African-American and Hispanic groups. Employers should note that millennials can transfer this earned wealth of knowledge into their work and company cultures, which delivers dividends far beyond billable hours.